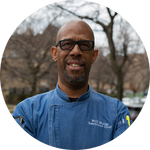 Chef Will joined the Loyola Dining Family in the Spring 2022 semester. He made his way here from Maryland and is excited to bring his experience from the East Coast to the Loyola University Chicago community. His love and passion for eggs ensures that he does an eggcellent job day in and day out. A jokester and foodie, he is a great Director of Culinary. Make sure to say hi when you see him out and about on campus. 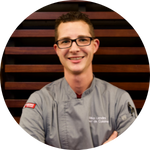 I started cooking in my early teens, preparing easy meals for the family, while my parents were working. I believe food is one of those universal common denominators. It has the ability to bring people from all walks of life together; it is a great catalyst to spark conversation and be introduced to new cultures. Wholly, food should make people feel comfortable and welcome; the act of cooking is a selfless service to nourish and enrich one another’s lives. 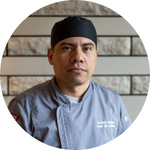 Chef Porfirio’s culinary journey began while still in high school. Porfirio was recognized at a culinary competition for his culinary and knife skills, where he won an apprenticeship from a recognized corporation. After graduating from high school Chef Porfirio Attended Washburne Culinary Institute while at the same time earned experience working at the union League Club of Chicago, the four-star Spiaggia, Bistro Margot, and China Grill. Now, he is excited to begin his journey as deNobili’s Chef de Cuisine. 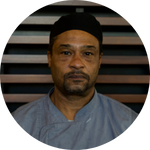 Chef Erick is new to the Loyola Dining Damen Dining Hall team and he is excited to show guests his creative talent! 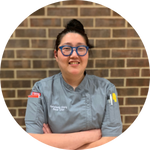 Originally from Arkansas, I started baking bread and cookies in 6th grade. But I didn’t really fall in love with food until I started culinary school in 2008. I came to Loyola looking for stability for my family and career. Seeing students enjoy the foods and experiences that I help curate fuels my passion for hospitality and brings me joy.